Pickleball is a cool sport

A baseball has no physical resemblance to a base, a football certainly does not look like a foot and a tennis ball, well, we're not sure what tennis looks like, but we know it doesn't look like a green felt ball. Now enter Pickleball. This one seems the oddest yet, in reality, it's probably closest to a ball shape, well, at least more than a square base or an odd-shaped foot.

Created in 1965, it took 51 years to finally have a U.S. Championship Pickleball tournament and to the delight of those that live in Naples, it was held right here at our beautiful East Naples Community Park with the final day of the 5-day event taking place this past May 1st.

Played on a smaller court, with paddles and a hard plastic ball with holes in it, pickleball courts are popping up all over, even in master-planned communities where just a few years ago, tennis courts would have been installed. Young to old can grab a paddle and enjoy this fast-action sport that seems to be more forgiving on the body because of the smaller court. On the day I attended, I seemed to see only doubles play, I'm sure a singles game would be more demanding to play.

The score is to 11 and you have to win by 2. I still don't understand when the serve changes, but it's probably like volleyball, just my guess. There were some serious volleys seen on the courts and gasps from the pickleball fans pushed up to the fence to watch. A paddle high-five after a flurry of high-speed action was the norm.

Hosting the first-ever U.S. Pickleball Championship at the East Naples Community Center this past week saw over 800 athletes and more than 3000 visitors to Naples.

The East Naples park went from just 9 original pickleball courts to 48 in just 5 months. There is also a grand stadium set up just as you would see at a tennis tournament with VIP seating and prime viewing for the finals matches. Good food, music, and presentations also filled the time in between matches. Would you have thought there is a pickleball TV channel? Well, at least an Internet channel. Parts of the event will be aired on the CBS Sports owned Senior sports channel. This is what they have to say about the East Naples park - https://youtu.be/u1BAWFisE_k

Some photos from Saturday afternoon - 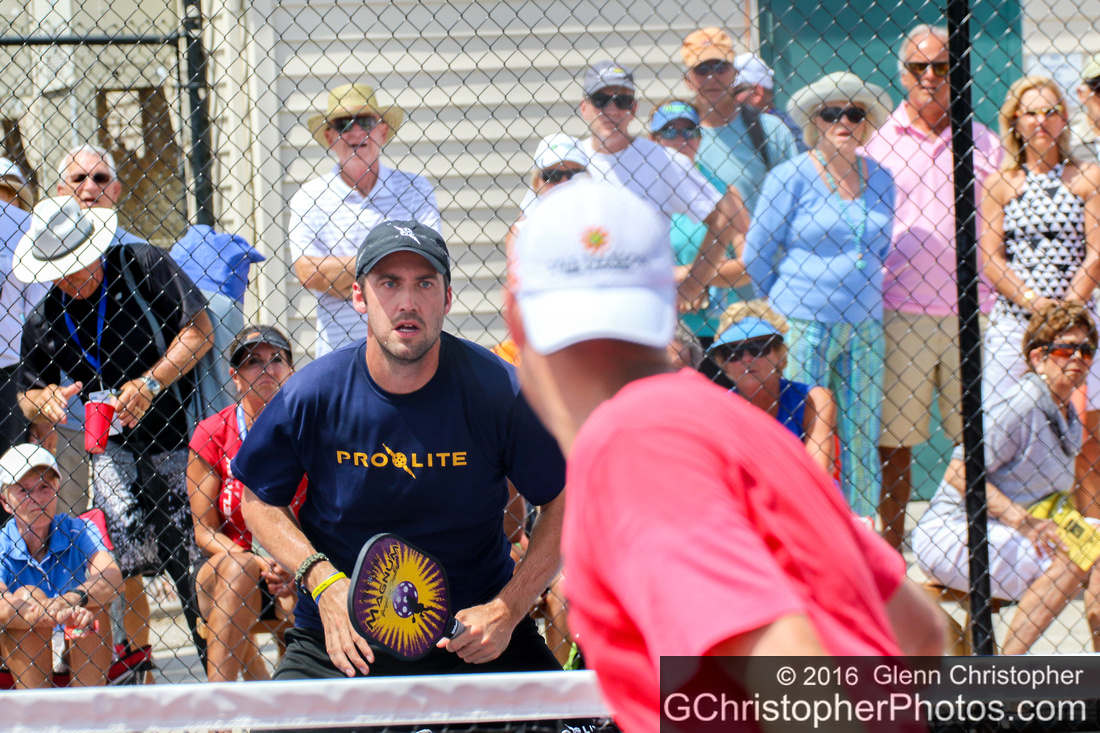 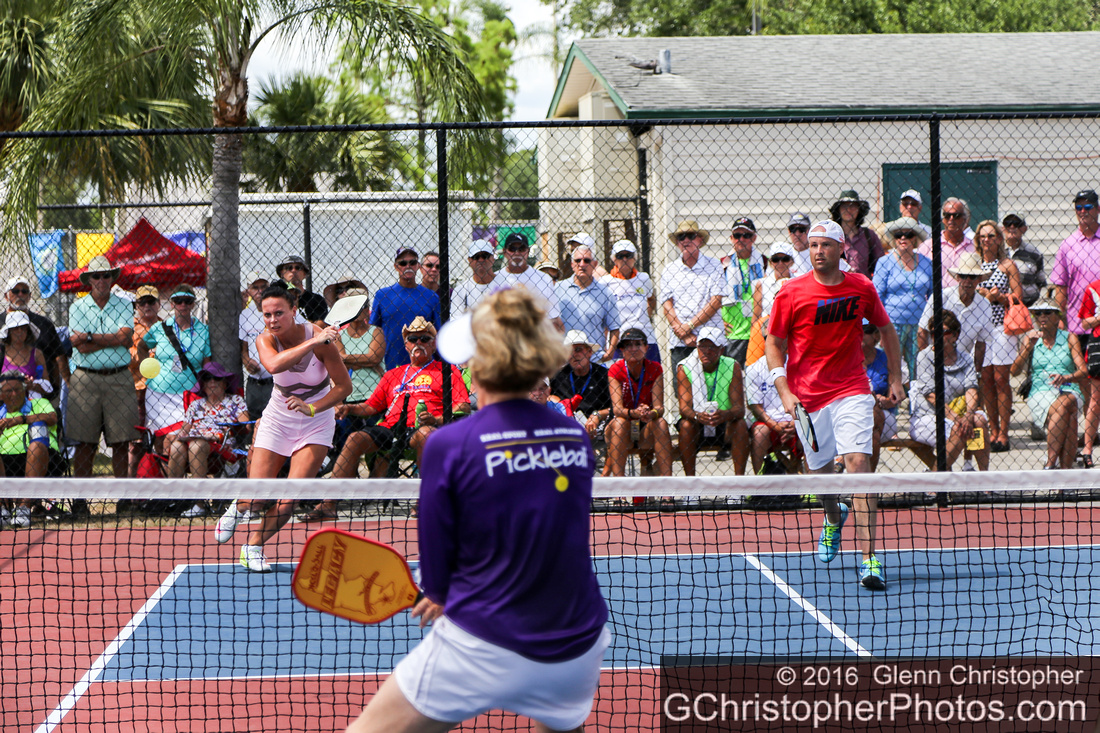 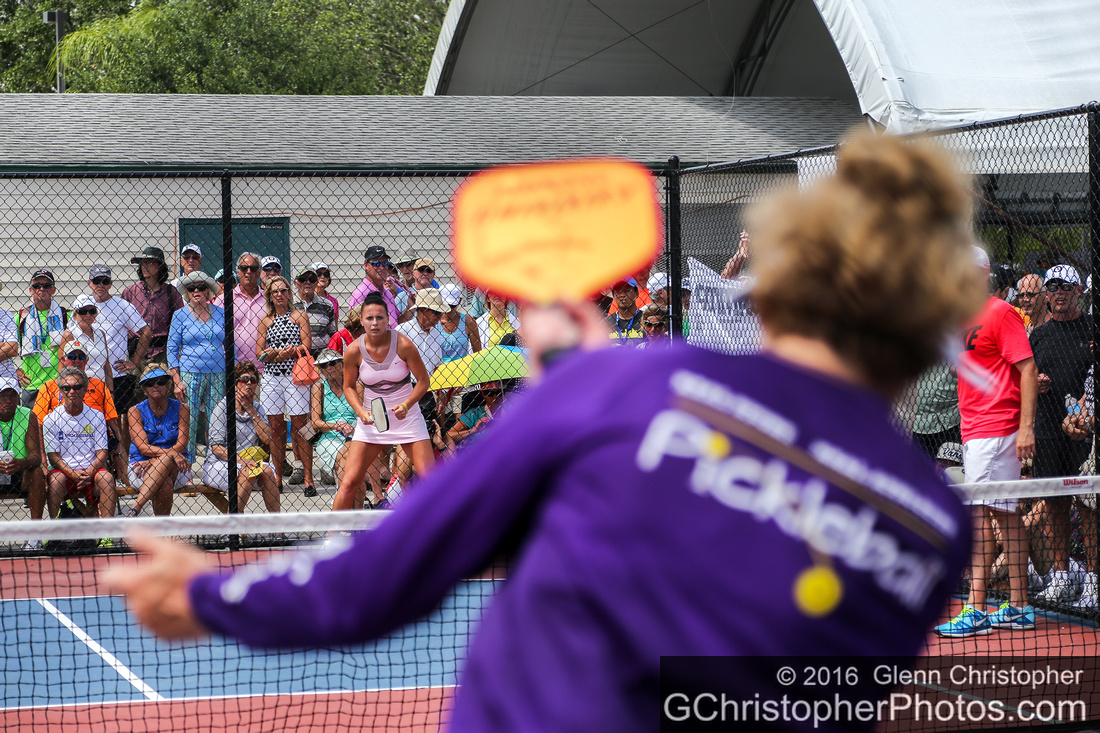 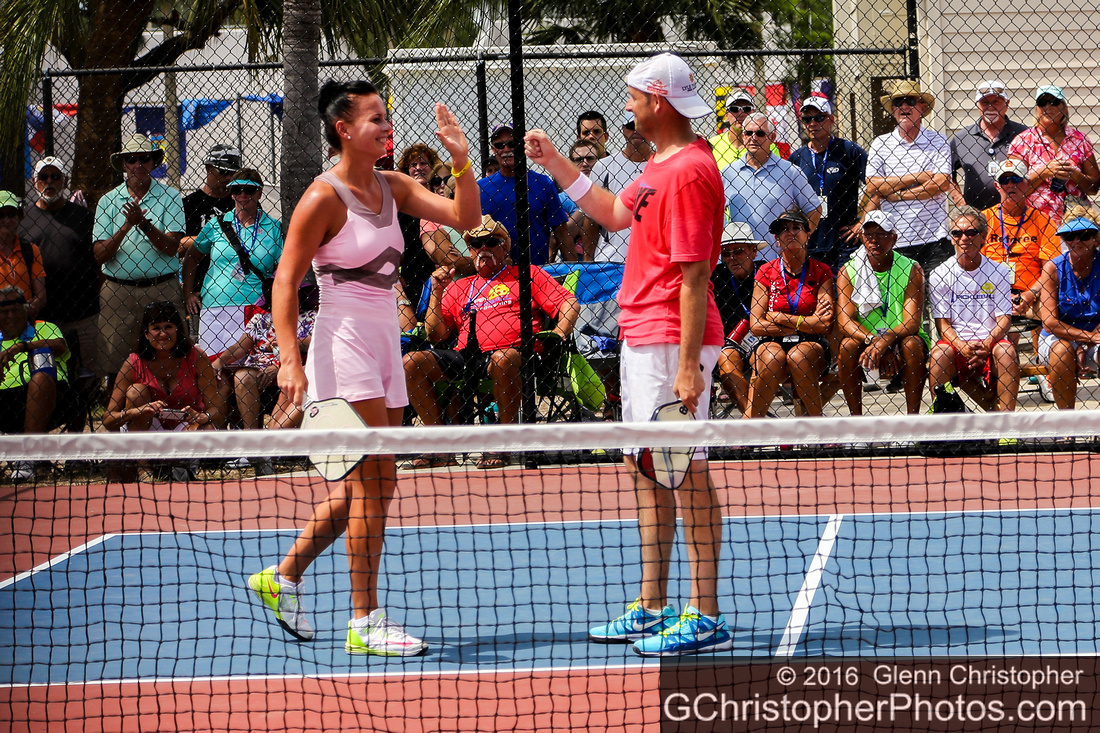 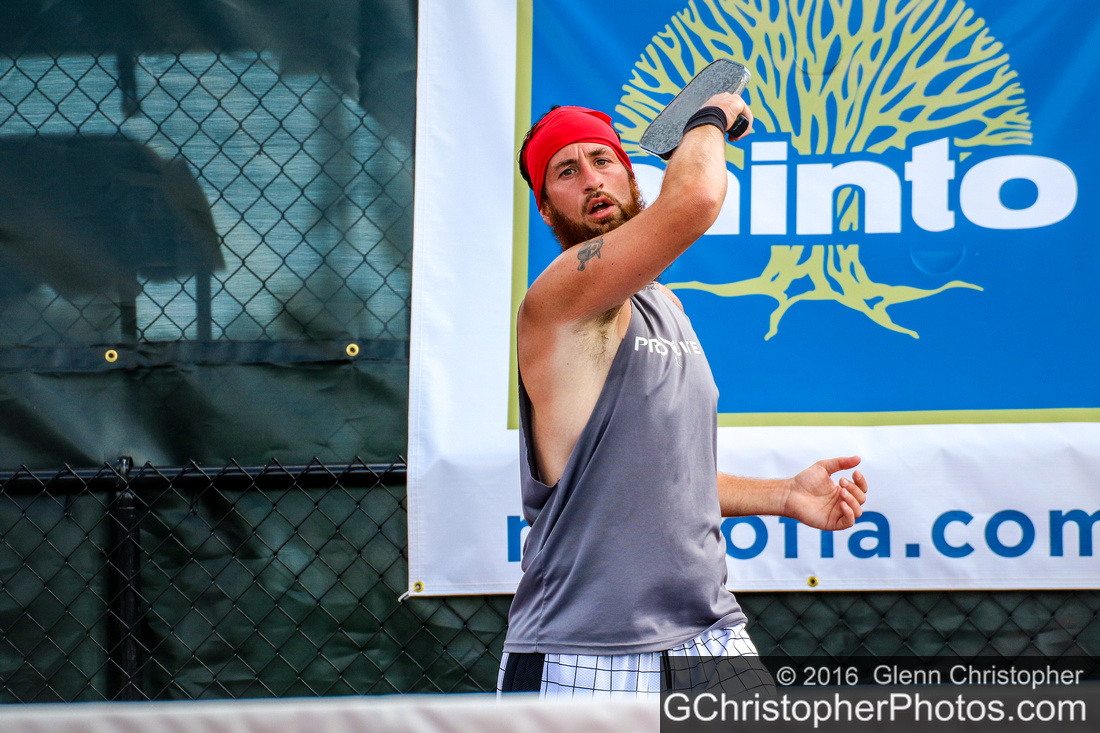 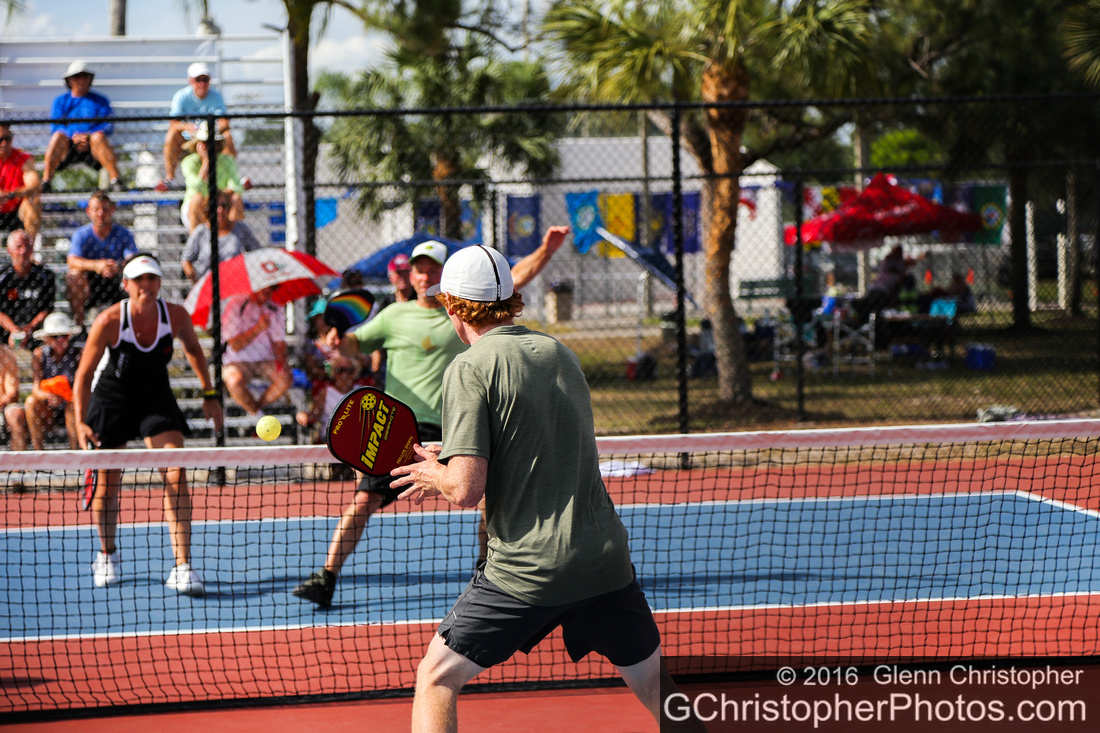 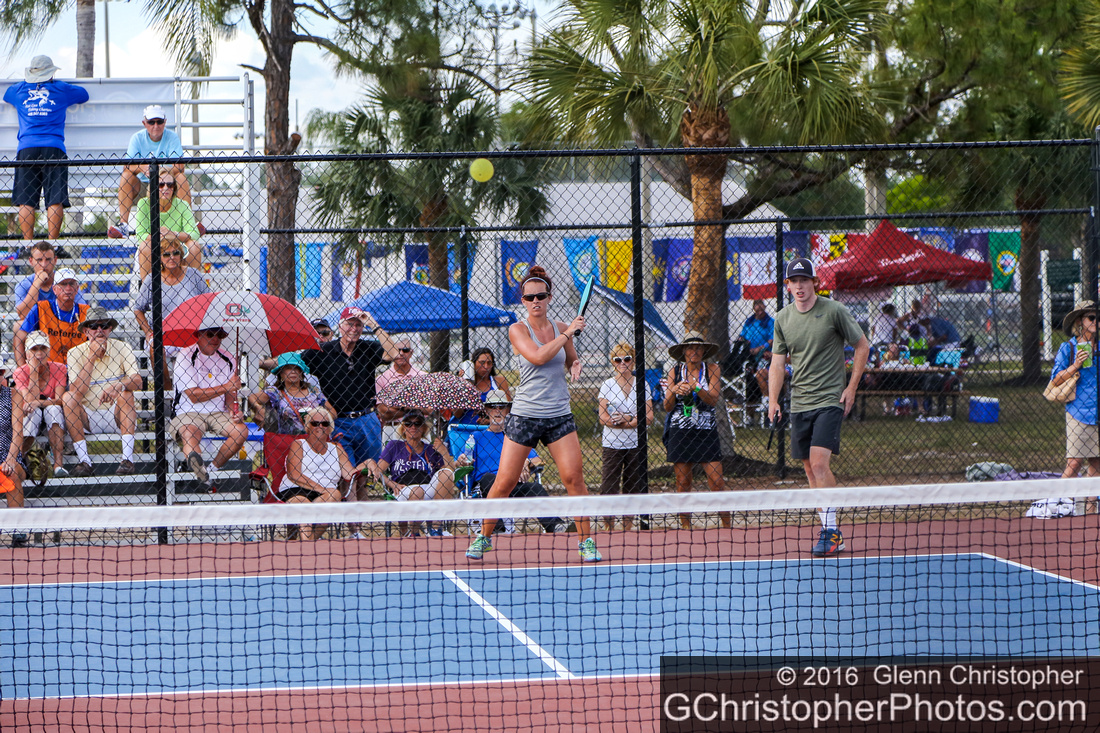 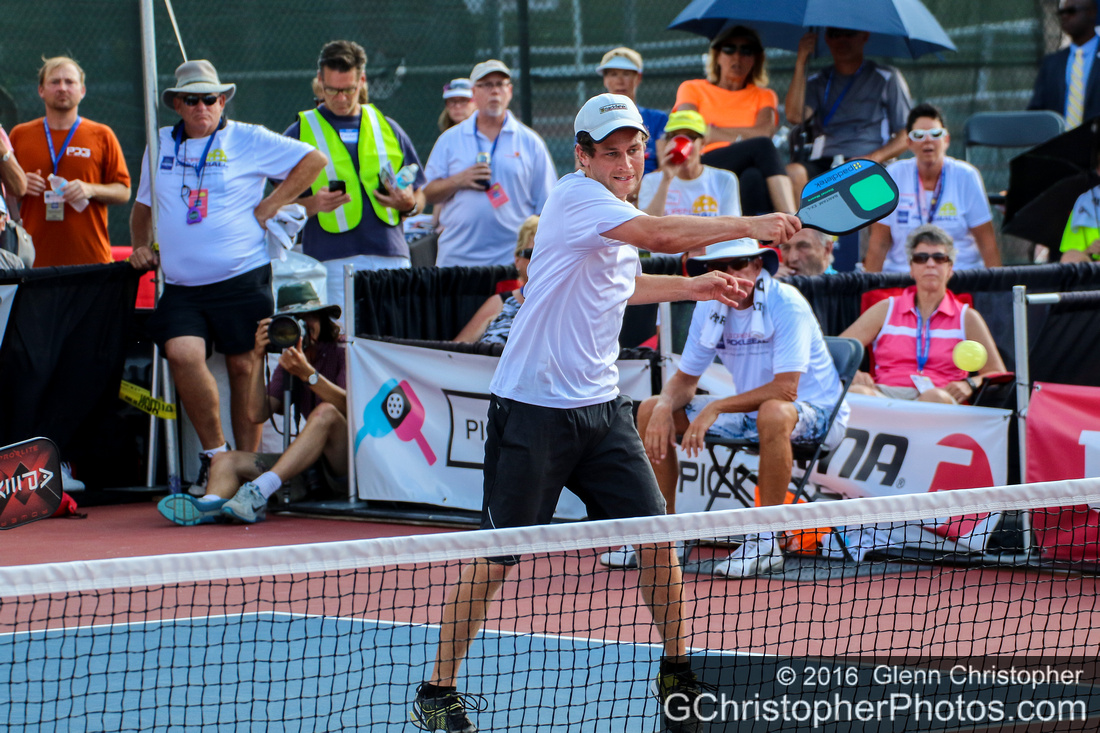 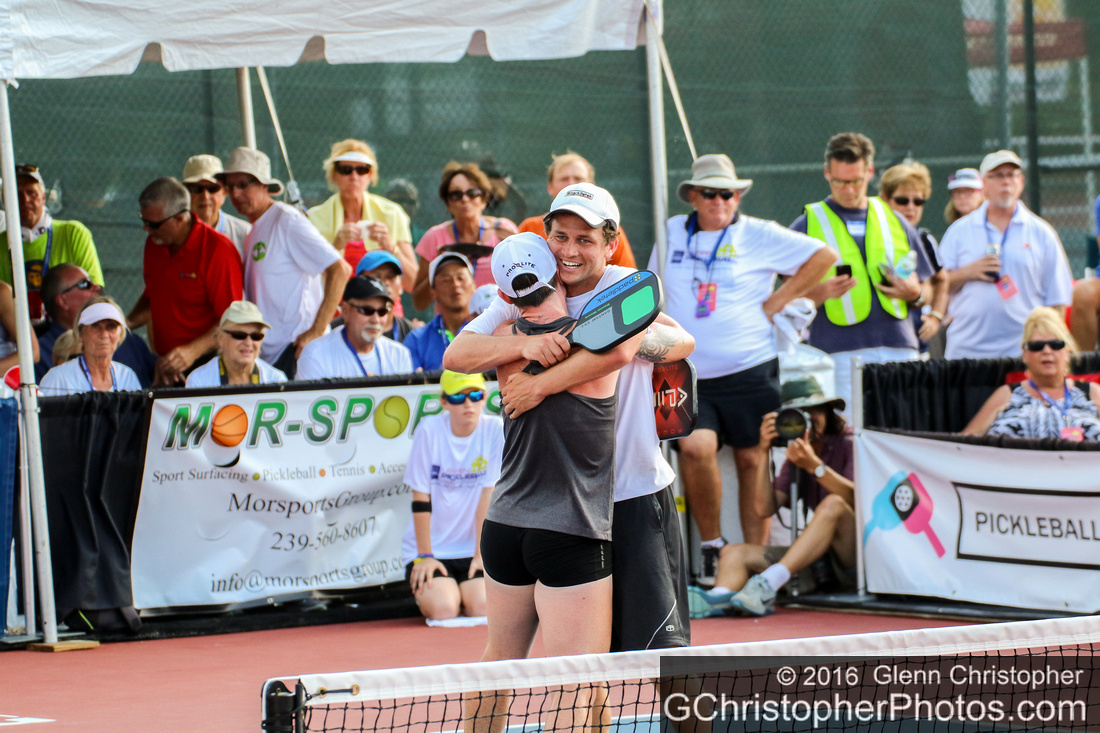 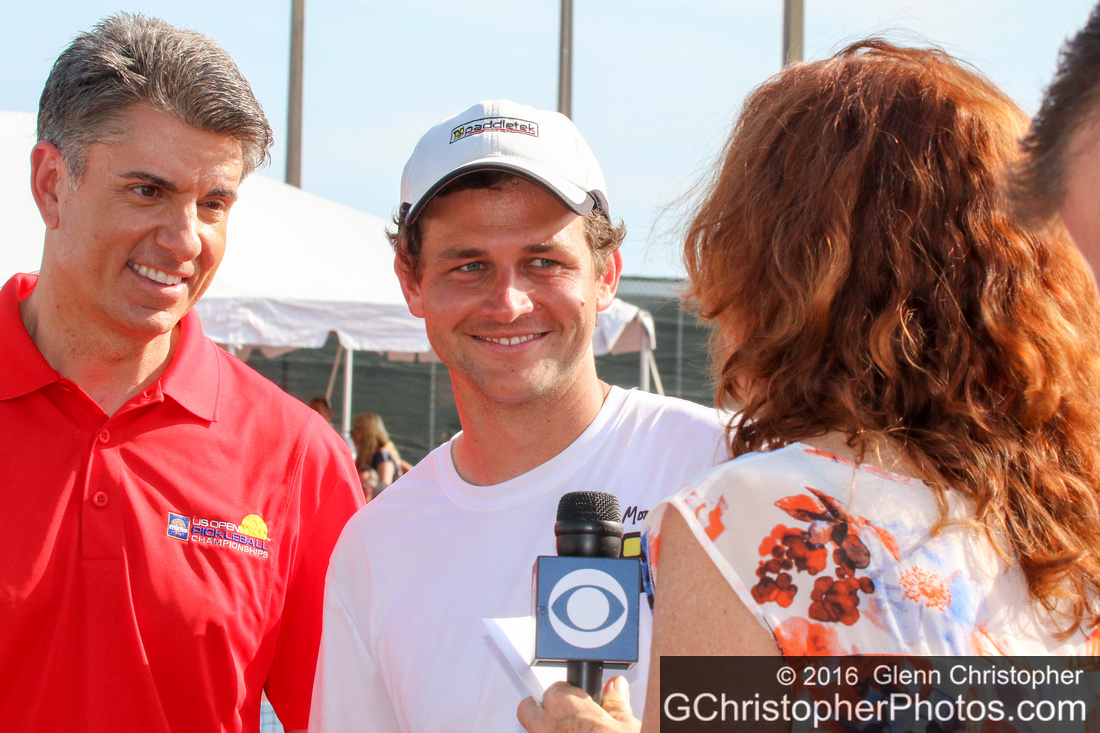